Religion, equality and the law has formed the subject of many blogs on this site in the past year or so. Once again the media have found a dispute which requires balancing the competing rights. It concerns Canon Jeffrey John, who has allegedly been passed over for promotion in the Church of England because of his homosexuality. According to the Guardian:

"Dr Jeffrey John … a celibate priest who is in a longstanding civil partnership with another cleric – was prevented from becoming the bishop of Southwark after the archbishops of Canterbury and York stepped in.

Reports on Sunday suggested John had become so exasperated at his treatment that he had hired… an employment and discrimination law specialist… to fight his case under equality law."

Although the competing considerations are many, the nub of the issue can be stated simply. As a starting point, everyone has the right to practice his or her religion. Everyone also has the right to do as they please with their own premises. Employers may choose whomsoever they wish for their staff.

As against that, everyone has the right not to be discriminated against on the basis of race, gender or sexual orientation.

The question is how to balance those rights when they conflict. On one hand, if a religious employer wants all members of her or his staff to be practising members of the religion, one might say that no outsider has the right to object. If the religion in question has particular moral tenets (and all do, almost by definition), then its followers would be expected to conform with them.

On the other hand, no non-religious employer would be allowed to implement an unlawfully discriminatory employment policy on the ground of a secular moral code. For example, a law firm specialising in criminal law could not insist on recruiting only male solicitors because the crusty old partners took the view that criminal law was “not a job for ladies” (as I once heard an elderly Rumpolesque barrister opine, not so many years ago).

So does the Church’s right to run itself according to its own tenets and beliefs trump Dr John’s right not to be discriminated against in his employment?

First we need to deal with a red herring, namely whether or not Dr John is actually an “employee”. It is no answer to try and be slippery about whether church office amounts to “employment”. Recently it has been held in a different context that the relationship between priest and bishop might be akin to employment (JGE v English Province of Our Lady of Charity and another [2011] All ER (D) 50 (Nov)). Either way, there is no doubting that but for the religious context there could be no evading anti-discrimination laws by the institution in question declaring that its office holders are not employees, any more than an employee could avoid income tax by using the word “subcontractor” instead of “employee” if there was no change to the underlying contractual arrangement.

It therefore has to be decided whether there is a valid distinction between Dr John’s case and that of the hypothetical female solicitor. In the US, the distinction would run on the following grounds: there is no link between being a lawyer and being a man. On no objective ground could it be justifiable to prefer men to women for the role of a solicitor. By contrast, the male-only priesthood is a manifestation of religious belief. Thus the hypothetical law firm would be engaged in discrimination pure and simple, whereas the church’s discrimination would be a consequence of its (religious) belief that the all-male priesthood derived from Christ’s choice of the apostles.

Some argue that there is nothing in Christian sources which supports a bar on homosexuals holding high office in the church. But that is not the point. It is not for the state to decide what a religion entails. Freedom of religion means freedom for religious organisations to decide for themselves what their belief system means. Moreover, the principle of separation of church and state (and for present purposes we can discount the establishment position of the Church of England) precludes the state from deciding otherwise.

That would be the result I would expect the English courts to reach, within the framework of the right to freedom of religion under Art 9 of the European Convention on Human Rights. As mentioned, it is also what the American courts have long held.

It is not, however, a foregone conclusion. The advancement of equality legislation renders it more and more difficult in this country to find exemptions from the general law on the ground of religion, as illustrated by the well-know recent cases about registrars refusing to conduct civil partnership ceremonies, employees wishing to display religious symbols, and fostering parents with strong religious views (though in a number of cases the tabloids predictably took the judgments to mean far more than they did in reality), on which I have written a number of blogs and articles in the past.

The reason I suspect equality legislation will not – and argue that it should not – be extended to the determination of the criteria of bishop or an equivalent post in other religions is that it would amount to the state rewriting religious tenets. In that scenario there would be very little left of religious freedom. It is true that the Supreme Court felt compelled to do something similar in respect of the well-known JFS case, in which it ended up effectively vetoing the Chief Rabbi’s definition of who was Jewish, so it is not beyond the realms of possibility that Canon John’s (presently hypothetical) case might produce a similar result.

But I suspect that the grey areas are likely to be confined to questions about what constitutes a religion, or which employees fall within the status of religious office holders and thus qualify for some sort of exemption from discrimination laws. (If the religion was some fringe cult, or the employee a support staff member not involved in dispensing any of the religious duties, then any religious exemption to discrimination law would be less defensible.) Neither would be in issue in any case brought by a CofE canon, since there is no dispute that a bishop is an ecclesiastical office in a recognised religion.

As ever, it is not a solution that will please everyone. But I very much doubt any solution will ...
Posted by James Wilson at 16:41 No comments:

Religion and the law in France 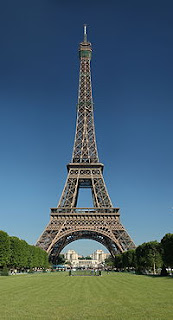 Hypocrite that I am, I renegged on my promise not to write to the Times anymore.  This letter was published on 9 January 2012

Mr Edward Carey (letter, 6 January) criticises France’s integration policy, and offers the burka ban as example of its flaws. It might be said that the problem in France is not the policy as such, but the failure to implement it. A glance at the ethnic ghettos in France and lack of minority representation amongst the French great and the good suggests that France might demand that immigrants become French but too often declines to treat them as such.

The burka ban was implemented not simply as part of a policy towards the immigrant community but rather the French concept of laïcité, or separation of church and state. I do not think the ban was a necessary consequence of laïcité, but nonetheless that concept if implemented consistently would apply equally to immigrants and indigenous alike, and would have avoided many of the disputes in Britain of the past few years about religious exemptions for minorities.
Posted by James Wilson at 11:05 No comments:

I will be published in this week's New Law Journal on the libel action brought by Ian Botham and Allan Lamb against Imran Khan. The citation will be NLJ vol 162, 13 January 2012, p 70. The article will become available on the NLJ website next week.
Posted by James Wilson at 17:00 1 comment: